As I was looking for a garden designer, I called Farwest Gardens and left a message for the man who spoke of his staff as "out chasing the butterflies and gathering the posies." I liked the picture he painted with words. Dan Fahndrich called and was pretty much as he sounded, casual and friendly, the sort of man who might have chased butterflies. When we met he listened carefully and then described just the sort of garden I had in mind. I hired him and found that his crew was on time and hard-working. It took some time to create my dream and the results were worth waiting for. Our yard in the summer is magnificent. The beds of flowers are glorious. If I have seen another plant I want, Dan and I discuss it and the space I have in mind to plant it. (I'm running out of spaces to plant!) Dan has become a friend to us and we are richer because of that. I highly recommend Dan Fahndrich and Farwest Gardens to anyone who wants an interesting and beautiful garden. 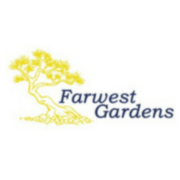 Hubs Farwest Gardens Is In

Join the Turf's Up Radio Nation and promote your company. It's FREE! 1. Sign up and publish your profile. 2. Post projects and offers. 3. Get found and land more ideal customers.