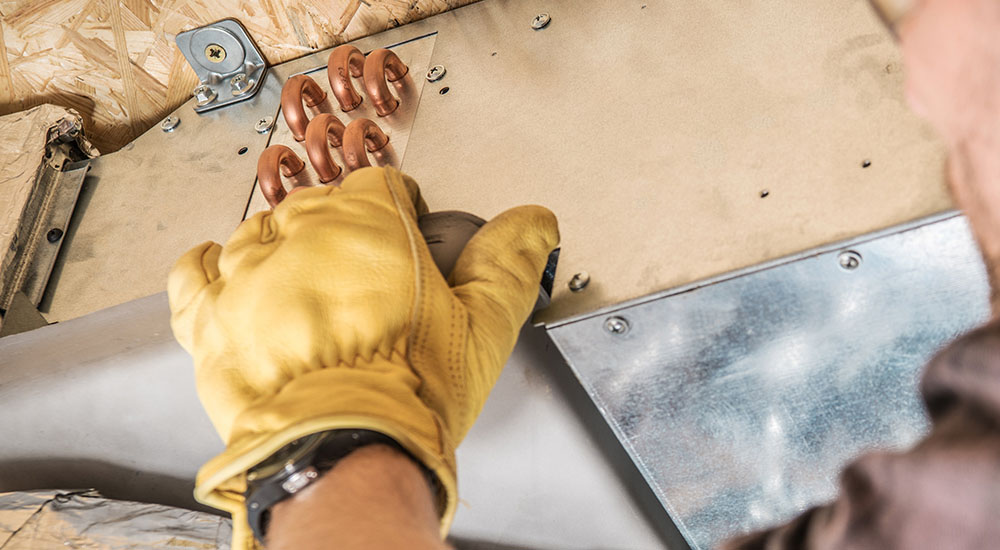 3/5 based on 2 Reviews Write a Review

No project is too big or too small. Palmer’s Heating & Construction strives to provide five-star professional service on every project from small HVAC service and repairs to brand new installations for your custom-built dream home.

Service was performed by Blake. He was very knowledgeable and patiently answered my many questions and left the site clean. Very nice family business. I would highly recommend their services.

I Love How The Owners Value Integrity!

Our furnace is old and has given us issues every 6 months or so - we kept having a different company to come out and "fix" it but for some reason, it kept breaking down, almost like it was timed. We were growing impatient with it being truly fixed and the… Keep Readingn it caught fire - it's a good thing we caught it in time or our house would have burnt down! We gave the details on the part that was on fire and they told us we needed to replace our whole system (they didn't even come out to look at it this time). When we told them it was the part they installed last time and it must have been faulty to catch like that, they refused to come out and address the issues, even though we had paid thousands of dollars over the last few years to fix it regularly. We called Palmer's Heating and Construction to have a second opinion but they came out to take a look and told us we didn't need to spend the money on an entire new system because the issue was with one crucial piece, and the reason why it caught fire was because the other company installed the wires incorrectly. They saved us SO MUCH MONEY by being honest and caring. Our furnace is still working great and I cannot imagine using another company again! Thank you, Palmer's!