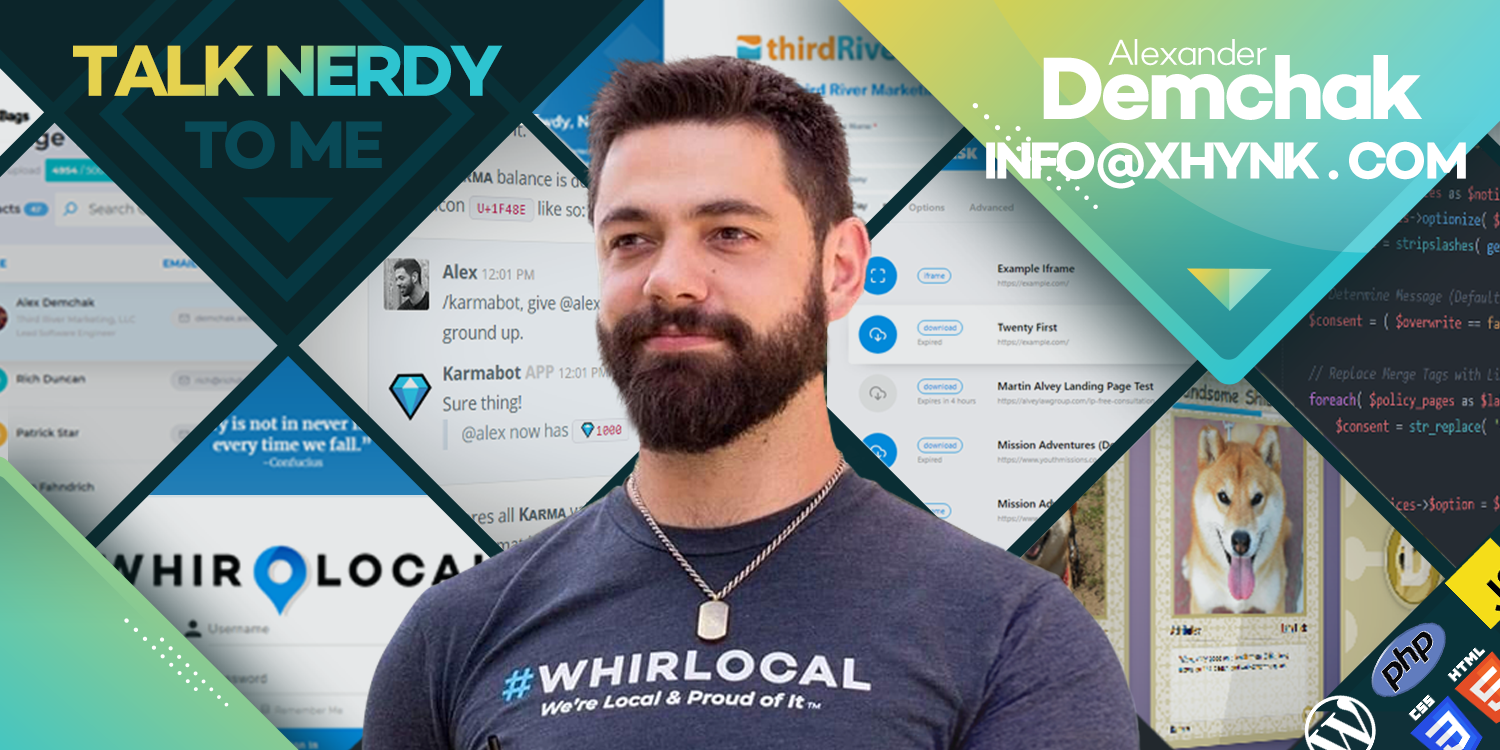 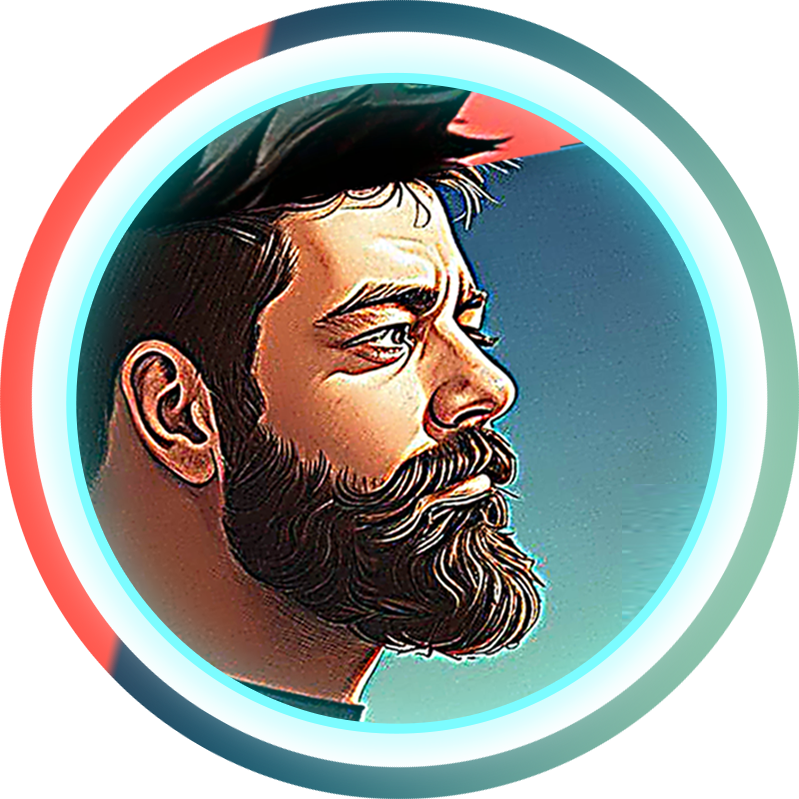 Hi there, my name is Alex, known colloquially online as Xhynk (pronounced “zinc“).

I’ve been a web developer since 2010 when I started designing HTML only Golf Resort websites. My background was in Graphic Design and I’d only made a single HTML webpage in Notepad up until that point. Shortly thereafter, a small web design firm called Third River Marketing gave me a call, looking for a web designer, so I leaped at the opportunity. After roughly a year, I realized solely designing websites wasn’t cutting it for our company, or myself, so I began teaching myself the ins and outs of WordPress development and fell in love with it. That’s when I made the transition to a full-stack developer. Now I can proudly say I’ve reached hundreds of thousands of users on Stack Exchange, aided hundreds of businesses with SaaS solutions, released multiple public WordPress plugins, and much more.

I also stream Destiny 2 on Twitch.tv and have built a community of a few thousand people, across a handful of places online where we promote mental health, body positivity, and anti-toxicity in online gaming.

Thanks so much for replying, and quickly too - really wasn’t expecting it to be honest. So yes, I have given the iframe approach a go. The settings I had come up with were a little janky but I implemented yours and they are much better! I’ll keep pla… Keep Readingying around with a few other solutions, but I just wanted to say thanks again for helping me out with this, and all the best with your future endeavours.

Thanks for your rapid response. Fixed the problem.

A shocking number of people use criminally insecure passwords on for their online accounts. Unfortunately many websites (including some financial institutions...) limit characters and password length…
View Post
0 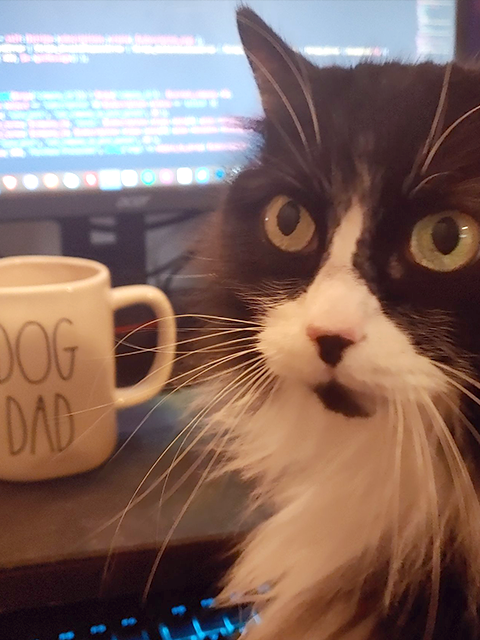 Queen of the House

Josie is old. Josie owns the place. That's it. Also, she wants food, but won't eat the food, but please feed her. Mreow. 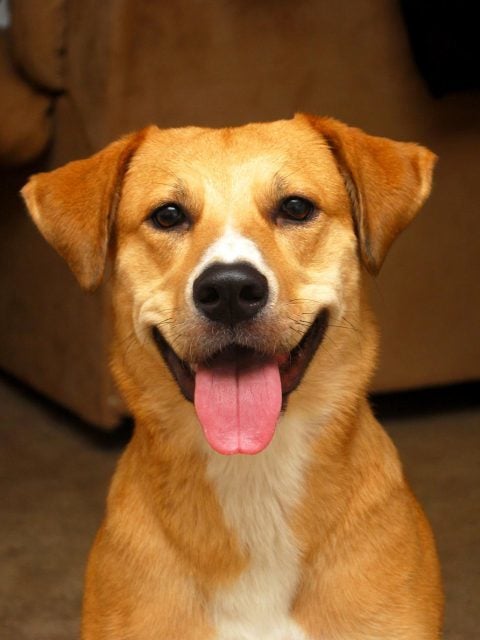 Willow is sadly no longer with us, but she was the best. She loved sweaters, and going on "urban safari", and standing for hours on a picnic table watching… 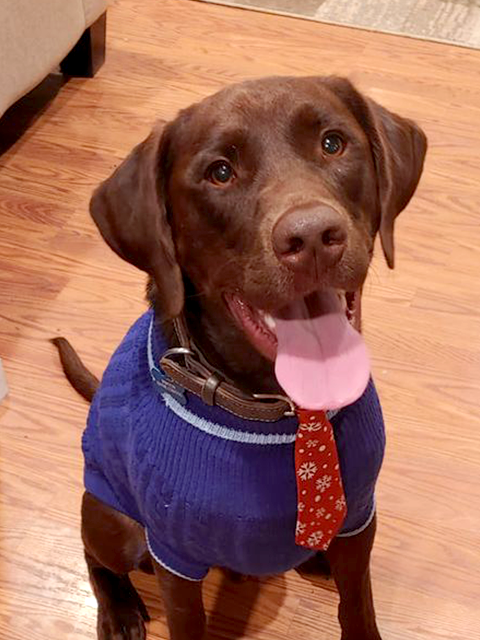 Winston was brought to us at 5 weeks old because his mother had mastitis and couldn't care for him. He's incredibly intelligent, super loving, and whines. … 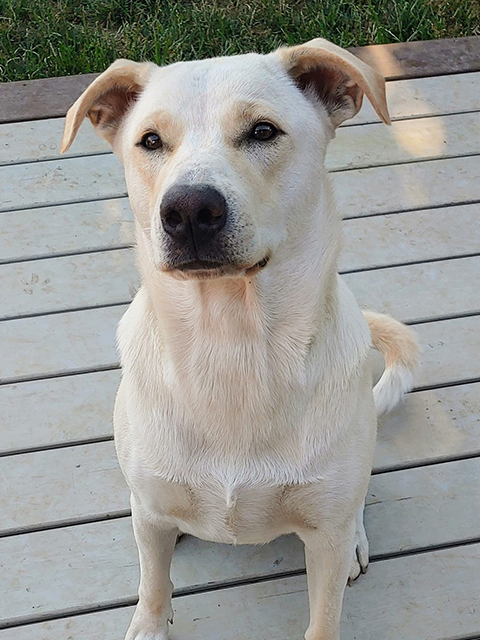 Wendy Noodle is the newest addition to the family and was a rescue from Texas. She's the lovingest, lickiest, sweetest little toasty-marshmallow there is. …