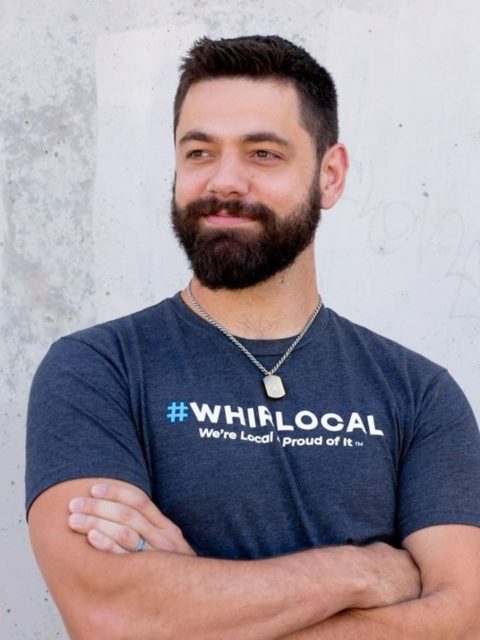 Alex has been with the Third River Marketing team since May, 2011. He graduated from Sprague High School in 2008 and promptly went to Chemeketa Community College for Visual Communications. An ambitious learner, Alex has taught himself most of the Adobe Creative Suite including Photoshop, Illustrator, InDesigner, Premiere Pro, Audition, and even After Effects. While he has some formal training in those applications, he's self taught in HTML, PHP and supplemental languages and software such as SCSS, Pug, WordPress, MySQL and others. Born in 1990 in Connecticut, he was brought to Oregon in 1993. He's always been fond of dogs, and rescued a beautiful dog named Willow. While no longer with them, she lives in in their hearts, and her chocolate lab brother Winston, and Canaan sister Wendy helped mend his heart. When he's not spending time with his family, he likes to tinker in his workshop, making furniture and wooden knickknacks. Alex was the 2015 recipient of the Outstanding Partner of the Year award from the Salem Chamber of Commerce. He enjoys helping others learn the skills he taught himself and enjoys a cup of tea or coffee on a brisk morning. He's played video games since he was a wee lad including Mega Man, Zelda, and other classic games and currently spends much of his limited gaming time playing Overwatch and Destiny- and if you don't like him enough already, he's a Support main